I have only once or twice in my life read an entire book in one sitting, but one of them was this morning: 365 Thank Yous: The Year a Simple Act of Gratitude Changed My Life, by John Kralik.
Kralik's story begins in December 2007, which, as Kralik describes, was an absolute low point in his personal and professional life. On a hike on the mountains on New Year's Day (by himself because, on top of everything else, his girlfriend had just broken up with him), Kralik hears a voice telling him, "Until you learn to be grateful for the things you have, you will not receive the things you want." Kralik decides to write thank you notes—365 of them, in fact, over the ensuing year.
As he begins to write to people, thanking them for material as well as non-material gifts, his life begins to change. Kralik is not sure whether the changes came about because he wrote the notes, or whether his view of his life changed because of them, but either way, the outcome was astonishing.

It's a good read, and it will inspire you to begin recognizing all of the blessings in your life--and expressing that recognition through simple thank-you notes.
Kralik is extremely transparent about his own shortcomings and insecurities, and so is very easy to relate to. He is also honest about the fact that writing thank you notes is not a sure-fire way to fix all of the problems in your life; he still faced difficulties and stresses, deadbeat clients, family issues, and financial problems—but he faced them with a different attitude and a new ability to see the parts of each situation that were actually blessings.
My first thank you note for my own 365 thank yous was to Kralik, thanking him for the book. I bet he'll get a lot of those! But just imagine, if a significant number of people read the book and undertake their own 365 thank you projects, what an increase in global gratitude would result! And that can only be a good thing.
Posted by Julie at 11:45 AM 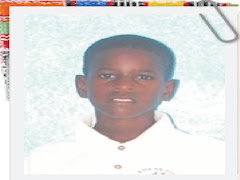